ISO Prenuptial Attorney Near Me? 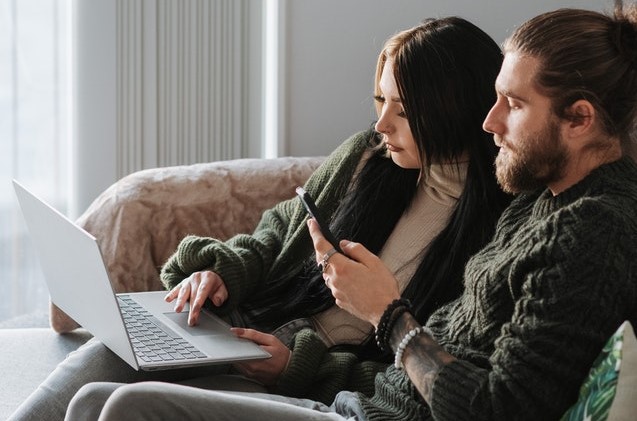 Are you part of an engaged couple thinking about getting married? Join the growing trend of searching for a “prenuptial attorney near me.” During the creation of a prenuptial agreement (prenup), attorneys can ease the discussion of asset and debt division. Prenuptial attorneys can also navigate the wide range of details within the area of prenup designated asset and debt division. Prenups layout how premarital assets and debts as well as marital assets and debts should be treated.  They also cover family property and division of property in event of divorce or death and children from prior marriage.

Ideally, each applicable topic would be discussed by a couple before entering “prenuptial attorney near me” into the search bar.  During the prenuptial discussion, expectations can be aired and clarified before being written into the agreement. Prenups can open discussions on marital expectations, responsibilities, division of assets & debts and even who gets Fido.

While it would be incredibly satisfying to include chore responsibilities in a prenuptial agreement, prenups aren’t meant for personal preferences.  This agreement is a contract designed to address financial matters and address unique issues like work, inheritances, or pet custody.

A prenup can, however, denote the making of a will, trust or other arrangement to fulfill its provisions. It can also denote financial responsibilities like who will make the major financial decisions?  Will there be separate or joint bank and investment accounts?  How much will each of you put away for savings.  And if spouses share a business, how the workload and finances are to be divided during and after their marriage.

Property refers to anything from that expensive couch to earnings to real estate property.  Couples often buy things together before they marry, and get confused about what belongs to whom when they separate.  Spelling it out in the prenuptial agreement makes sure everyone knows early what goes to whom.  For example, a person owned a home before marrying, but sold it to move into the other spouses home.  In this case the kept home and the sale proceeds are likely to be considered community property.  Couples can protect each other by indicating in the prenuptial agreement  how previously owned property and assets should be divided.

Let’s make it more complicated.  Imagine Zoe inherited her home from her great aunt Zelda.  Joey moved in with Zoe after selling his ranch home.  If Joey spends money and labor helping renovate the house, it could be seen as community property unless the prenup specified it as separate property.  There are lots of variables here to discuss with your prenuptial attorney.  How, for instance, will Joey be reimbursed for his renovations contributions?

A prenuptial attorney can guide you through your separate premarital assets and debt and how you want to manage them should you divorce your fiancé.  Gifts and Heirloom are a special matter that you would want to make sure remains with you even if you gave it to your loved one.  Talk to your prenuptial attorney to make sure your family heirlooms are protected by proper terms through anything, even divorce.

Debts opened by either spouse during a marriage, unless for a specific separately owned business, are shared by both spouses.  In case of a divorce, the couple must split those debts, unless expressly laid out in the prenuptial agreement.  Debts tend to become co-mingled and entangled during a marriage.  Consulting a prenuptial attorney near me

Couples often feel Fido is a family member, but in the eyes of the law, pets are property.  That means they are subject to state property laws .  A couple can’t split a dog in half, but they can indicate who gets custody of t in the prenup. Having the conversation before marriage, or even before adopting a pet could prevent an ugly, expensive custody battle later.

You’re on it regularly, but it is often missed in drafting prenuptial agreements.  Consider a confidentiality clause if you don’t want your spouse throwing personal details on social media, during or after the marriage.   The clause can be as specific as needed, including what can and can’t be posted online.  If you or your spouse have a large following on social media accounts it can be a critical component of the agreement.

Couple who co-create content they share on social media for compensation, can spell out how the account or future profits will be split during the marriage or following a divorce.

There are so many more financial matters to clarify and protect.  If you are in search of a prenuptial attorney in Orange county, contact us here, or call (949) 210-3260 for more information.

This article is not intended to be construed as legal advice. It is for informational purposes only, offering insights and awareness into the complex nature of drafting a strong prenuptial agreement. Speaking with an experienced attorney is an advisable way to make sure your rights are safeguarded.